My Future Omaha: A Checklist

Here's a checklist I brainstormed this morning over a hearty breakfast of pre-sweetened cereal. (Don't judge me, and I won't judge your venti upside down half-caf breve cappuccino, mmmkay?)
In no particular order. (Well, yeah, my brain picked the low-hanging fruit first, but all of these can be worked on in parallel.) Each of these will get a more in-depth analysis in the future.
Posted by Torsten Adair at 12:45 PM No comments:

Disclaimer: I work for the Omaha Public Library.
I have seen some preliminary plans for the new Central Library before the general public.

What follows is not a critique of that design (which is being designed by Heritage Omaha and HDR, with some input from Library staff).
I have no insider knowledge. Most library staff have been kept uninformed in the planning process, although staff have been invited to watch online presentations in advance of the public announcement. Aside from a few emails sent, short conversations with coworkers, and a nice chat with some designers at the open house at the Sorenson Branch, I haven't had any interaction with anyone working on the current project.

All that follows is myself studying the site, the requirements, the vision, and the challenges of building a central library building which serves as an icon of a city which will foster learning, innovation, and imagination for the next 150 years! (Omaha's first public library opened in 1872. Omaha has a history of discarding library buildings after 40 years or so...we should build for forever.)

I am an armchair architect and amateur city planner. I have no formal training, just decades of studying urban design, appreciating existing architecture, and living in Washington, DC (one of the first planned cities in the world), and New York City for 24 years total. (DC: 3, NYC: 21) I'm the proverbial lab rat who has run the rat race for 25 years, and now has the perspicaciousness to suggest how the maze could be improved!

So, first, the site, at 72nd and Dodge Street in Omaha.

It's a prime location. 72nd Street is the rare north-south sectional street which runs the full length of Douglas County. Dodge Street, which is part of US Route 6, is Omaha's Main Street, and this intersection has always been one of the busiest in Omaha, due to both commerce and commuters. In September 2021, an estimated average daily traffic count of 85,584 vehicles was tabulated, making it the third busiest intersection in the city!
North of this location is the Crossroads Mall, one of the first shopping centers in the country. Recently demolished, a town center is planned on 40 acres, featuring numerous retail and office buildings, all sharing an underground parking facility. Completion date is 2024.
Less than a mile way is the University of Nebraska at Omaha, a major state university. To the northeast is the Omaha Community Playhouse, a respected regional theater, as well as the Omaha Conservatory of Music. The area is served by numerous bus lines, including a bus rapid transit line.
Here's the property map of the site, courtesy of the Douglas-Omaha GIS database.
Heritage Services, via the Community Information Trust which runs DO Space, owns(?) these three highlighted lots, listed from west to east:
This is almost twice the size of the W. Dale Clark library downtown, which has a lot size of 1.6966 acres.
The current DO Space building on the site occupies 14,298 square feet of land, or roughly ten percent of the total land. This "island" building surrounded by surface parking lots is not uncommon in Omaha. The two vacant western lots are currently fenced off from use.
This is a busy intersection. Dodge Street immediately to the north has 8 lanes of traffic, and 72nd Street immediately to the east has 9 at the intersection, making it very daunting for any pedestrian to cross.
(Google Street View, looking east on Dodge Street, DO Space to the right: January 2022)
So, how should traffic be directed, as well as any pedestrians who might live nearby?
Here's the above DOGIS map, with annotations: 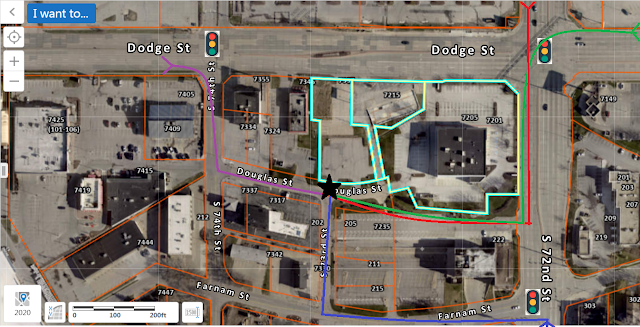 ####
All traffic would lead to the library's underground parking garage at 74th and Douglas, indicated by the ★ on the map above. YES, underground parking. Omaha wastes square miles of valuable real estate with surface parking all over this city. It has to be plowed and maintained. Drivers have no protection from the extreme climate and weather, and sometimes have to walk long distances from the parking space to reach a locale. By placing parking underground along with other facilities, the City maximizes the available square footage of the lot, building a large and iconic building which serves as a landmark, which adds needed density, and which adds vitality and glamour to the neighborhood! (More below, when I delve into the actual structure.)

There would not be any new vehicular access to the site along Dodge or 72nd streets, as those lanes are already congested with turning traffic, and any library traffic would create difficulties for everyone.
Any pedestrian traffic would be routed around the library via Douglas Street, as both 72nd and Dodge streets are inhospitable to pedestrians walking along the roads, or trying to cross these streets.
There would be a crossing at 72nd and Farnam, where 72nd narrows, and offers a median for pedestrians. Crossings at that intersection could have their own interval with the stoplights, stopping traffic in all directions to offer greater safety to everyone.
To facilitate pedestrian access across Dodge Street, an underground concourse would connect the library parking garage to the underground parking at the Crossroads development immediately to the north, near the lot's western boundary at 73rd Street. City planners could copy the MTA's Under Bryant Park art installation, a pedestrian tunnel which connects the 7 subway line to the B/D/F trains under the iconic New York Public Library!

Then there are the spaces that all good central libraries have, but which are currently lacking in the Omaha Public Library system.

The biggest need is an auditorium space for lectures, screenings, and discussions. This is best placed underground, partly due to the needs of the space, and because of the infrequent use. The first basement level would be ideal, possibly opposite a gallery space.

Storage is another concern. Academic libraries keep titles for much longer, but move less popular titles to offsite storage where it must be requested for use later in the week. OPL doesn't have this great a need, although there are collections which are significant but which require instant access, such as genealogy or government publications. Compact and/or automated shelving can fulfill this need, and since weight loads are a concern, these materials could be placed in the bottom of the building underground, atop a reinforced foundation. This storage space can also hold other items, such as large print books, summer reading overstock, and surplus media.
What else? Well, let me create a simple layout via Google Sheets: 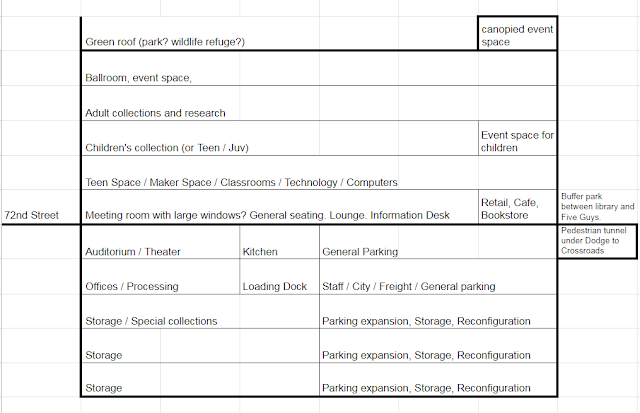 North Elevation, view to the south
Not to scale
Notes:
The floors would be mostly column free if possible, to allow for the best configuration and reconfiguration of spaces as library needs and missions change.
That's my basic vision for the Central Library.
I'll have another post about the entire system, and what challenges must be addressed.
Please comment below, offer whatever criticism you feel is worthy, and please share!

I do hope that Heritage Services and HDR will host some design workshops so the public can offer their insights. I do know that OPL is hosting an open house on Sunday, May 22, for the public to engage with the design of the new downtown branch.
Posted by Torsten Adair at 5:00 AM No comments: 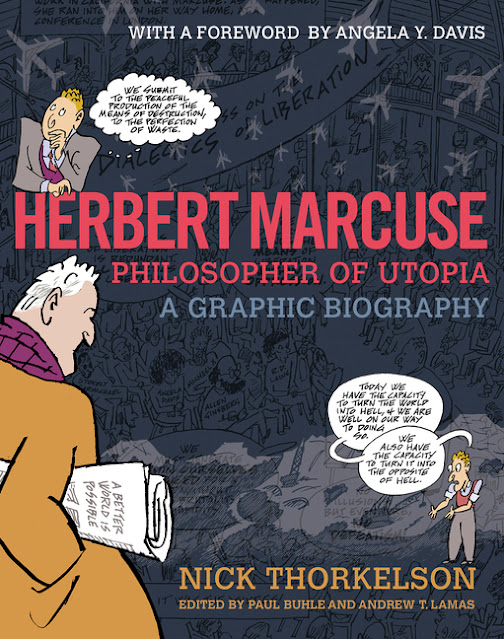 CLiP1K: The big book of the unexplained 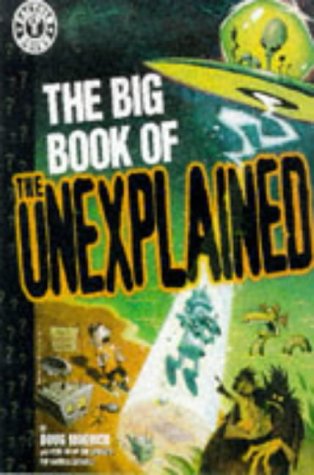 Title: The big book of the unexplained
Author: Doug Moench

Source
Posted by Torsten Adair at 4:00 PM No comments: 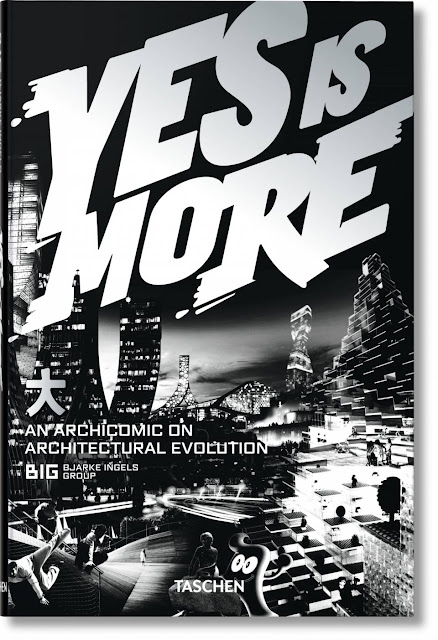 Posted by Torsten Adair at 12:30 AM No comments: