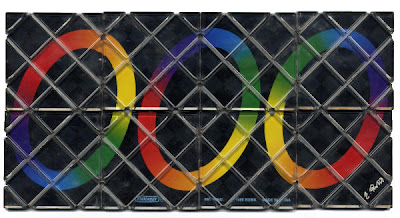 Following the notoriety of Rubik's Cube and the lesser success of Rubik's Snake, Matchbox released Rubik's Magic, an eight-tile puzzle. While I never succeeded in solving Rubik's Cube (I didn't have the patience to learn the technique, plus I prefered to solve it by myself), I was somewhat adept at the lesser puzzles of the age, such as Pyramix and The Missing Link. 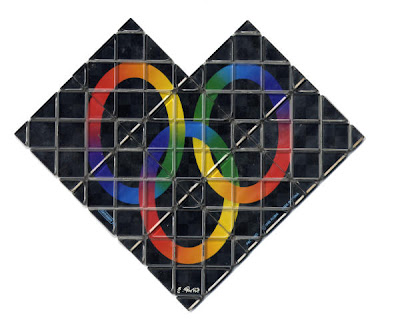 The puzzle consists of eight tiles, joined by filament hinges which run along the diagonal grooves. On the initial side, shown above, one sees three unlinked rings. On the other side, shown on the right, are the tiles which create the solved, linked-ring image.

I think I fiddled around with this puzzle for about a month before I solved it. Some more expirementation followed, and I was able to create a solution in seventeen steps.

Below is my solution, scanned from the original sketch I made back in 1986 or so, when I was in high school.

The actual links may be hard to see, but should be clear enough. If I could find my original Rubik's Magic (I own all three variations), I would simply do a photo montage. Instead, the illustrations might need a bit of decoding themselves. I think you can click on the image to enlarge... 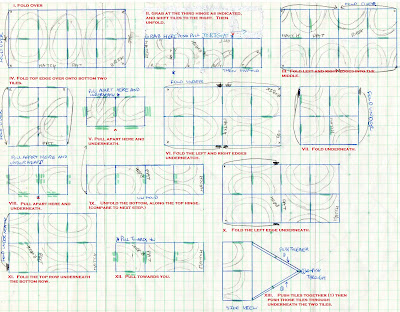 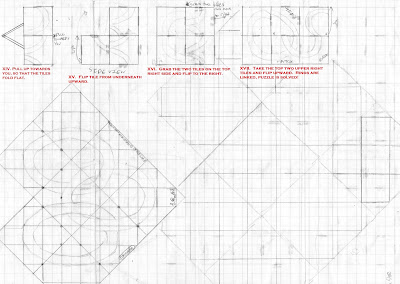