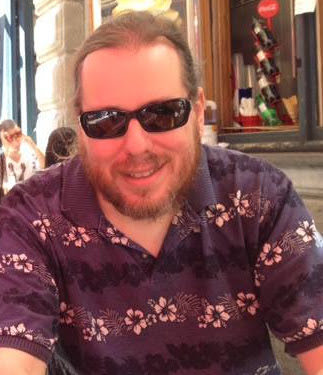 15. If I act incognito, perhaps someone will mistake me for a celebrity.

14. I'm in mourning for my lost mouse Finklestein. *sniffle*

13. I'm hiding the shiner I got fighting a horde of Nazi zombie ninja sharks in Asbury Park.

11. I'm field testing the next iteration of Google Glass. That's a cute belly button. Are you aware that a dating profile you created in high school is still active? And has 153 unread messages, 17 from last month alone? Your fanfiction 'ships aren't bad, but your slash needs a bit more spice. Hey, where are you going...?

9. I lost one of the contacts which camouflage my reptilian irises.

8. I underwent a cyborg implant during the weekend, and the sensors need to adjust and calibrate before going online.

6. “Wooo. It's like a drug. Wearing these glasses gets you high, but you come down hard.” (I hope you have some bubblegum…)

5. These are Joo Janta 200 Super-Chromatic Peril Sensitive Sunglasses. They go completely dark at any hint of peril, allowing me to develop a relaxed attitude towards danger.

4. I’m avoiding my fifteen minutes of infamy. If anyone asks, that was someone else.

3. It’s time for my midlife crisis, so I’m reliving the 80s. I’ll rent a convertible after work, date a woman half my age, and sing bad karaoke.

2. All New Yorkers avoid eye contact, as well as practice detachment from society. I’m just taking that to the logical extreme with sunglasses.

Posted by Torsten Adair at 1:00 PM No comments:

The #forgottentvlyrics to The Love Boat!


The song was written by Charles Fox (music) and Paul Williams (lyrics). It became the theme music of the popular American television series The Love Boat, broadcast between 1977 and 1986. Jones's version was used as the opening tune for most of the seasons, only to be replaced by Dionne Warwick's cover in the last one.

(From the Wikipedia article.)

This is one of the rare TV themes available at karaoke bars. I like to sing it, as it has a nice disco beat, with a lounge lizard style. (Nothing against Mr. Jones, it's just the way I sing it.)
Posted by Torsten Adair at 4:00 PM No comments: 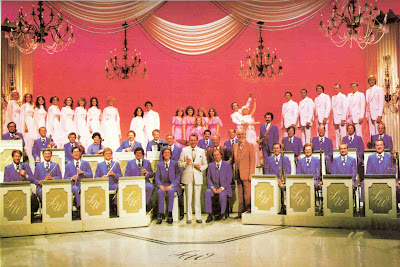 I've got a lot of eclectic musical tastes.
I love when marching bands cover popular music.
I can sing the aria to "What's Opera, Doc?"

It started when "Cheers" went off the air.  One of the entertainment magazines featured the lyrics, which were never heard on air:

All those night when you've got no lights,


The check is in the mail;


And your little angel


Hung the cat up by it's tail;


And your third fiance didn't show;


And your shrink ran off to Europe,
And didn't even write;
And your husband wants to be a girl;

WOW!  Those were pretty cool!
Then I remembered that M*A*S*H had lyrics in the movie, which never aired on television because those lyrics were specific to a story in the movie.

Then, in 1997, there was an official history book for Star Trek, to celebrate the 30th (sigh) anniversary of the series.  Inside, was the original sheet music to the theme song, WITH LYRICS!  (Roddenberry, in a money-grubbing move, added lyrics so he could earn half the royalties on the theme.  Alexander Courage was not pleased.)

It slowly snowballed from there, as I picked up trivia from various sources and found sheet music collections.

Thanks to YouTube and other resources, it's now less difficult to find the original recordings (on vinyl!) online.

Thus, in 2013, I created a hashtag #forgottentvlyrics, and began posting to social media.  Twitter and Facebook didn't have good indexing, so I placed everything on Google Plus.  Since then, I've realized, why not transfer everything here, so I can at least make a few pennies.  (And who knows how much longer Google Plus will remain viable?)

The following is a list of what I've found so far. As I copy posts over to here, I'll include links in the titles.


That reminds me... I wonder how long the Dallas theme runs?
That's got a nice disco beat as well!
Hmmm.... maybe I'll do a separate post on remixes!

Posted by Torsten Adair at 1:00 AM No comments: